Why DevOps Tools Do Not Speak Developer Language

Today, developers are expected to own their code and will find themselves on-call to troubleshoot their apps if an issue arises. This poses a question, however: Are developers equipped with the right tools to effectively manage the troubleshooting process? After all, many of the tools they rely on to figure out root causes were initially built with DevOps teams in mind.

Join Itiel Shwartz as he discusses: *The gap between DevOps teams and developers when it comes to troubleshooting DevOps & infrastructure issues *Why current DevOps tools do not speak “developer’s language”” *Best practices and recommended tools to empower dev teams to troubleshoot independently 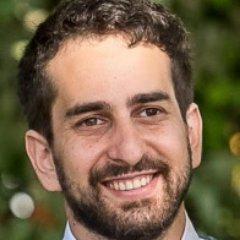 Itiel is the CTO and co-founder of Komodor, a startup building the first k8s-native troubleshooting platform. A big believer in dev empowerment and moving fast. Worked at eBay|Forter| Rookout (first developer), A backend and infra developer turned “DevOps”, an avid public speaker that loves talking about things such as cloud infrastructure, kubernetes, python, observability, and R&D culture.